How to Chose the Right Indoor Airer 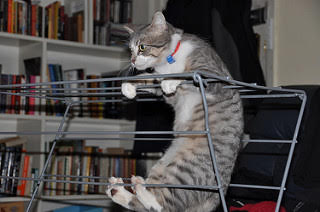 Images by Chris_Samuel used under Creative Commons License.
If there’s one thing that parents across the world know, it’s this; the laundry is never done. If you’re a parent, you’ll have nodded in agreement at that statement, where as non-parents may find it a little harder to believe.
However, it’s completely, utterly and undeniably true. As soon as you have children the washing machine is never off and the house quickly fills up with clothes that need to be washed and dried. While radiators are great for drying clothes quickly, indoor airers are the best and most useful gadget for helping your laundry dry quickly and safely at home.
But, which style should you buy? Here is the tried and tested mom method of choosing an indoor airer.

The Heated Airer
If you want to be all fancy and get the neighbours talking (especially that stuck up lady that lives down the street, you know the one) you can get a super fancy heated rail. This, as the name might suggest, has a heating element inside it, so it can dry your washing more quickly.
But this style of indoor airer is usually smaller, with some models only being able to hold 10kg of laundry. These models tend to fold away really nicely.

The Tiered Airer
This multi-level airer is sometimes referred to as a ‘clothes horse’ and is the most popular style of airer.
As well as having up to three tiers, it also has useful hooks that can act as hangers for shirts or bibs and it’s great for when you have limited space, as it doesn’t take up much floor space. This style is also remarkably strong and won’t collapse under the weight of a full load of wet laundry. 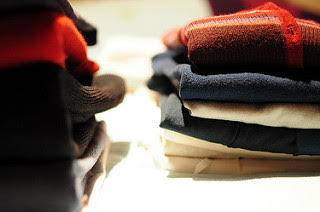 Images by fred_v used under Creative Commons License.
If space is limited, or if you just don’t want to look at your airer all the time, go for a foldaway model that fits right onto the wall. Designed to be discreet, this style of airer also features wooden hooks, so it can also be used for storing useful things, like keys!

The Radiator Airer
Perfect for your unmentionables... this airer clicks onto your radiator and dries smaller batches of clothing, like hand washes.
While it can’t take a full load of laundry, it lets more air circulate around your intimates than simply drying them on the radiator would, which helps minimise mould spores and dust mites too.

The Drying Rack
Your grandmother might have had one of these: an airer that is fixed to the ceiling and can be lowered using ropes.
These airers are long, usually a metre and a half long, so a whole load of laundry will fit, and as the washing will be above your head you won’t have to look at it either.

Which indoor airers do you like to use? Is anything missing? Write your thoughts in the comments.